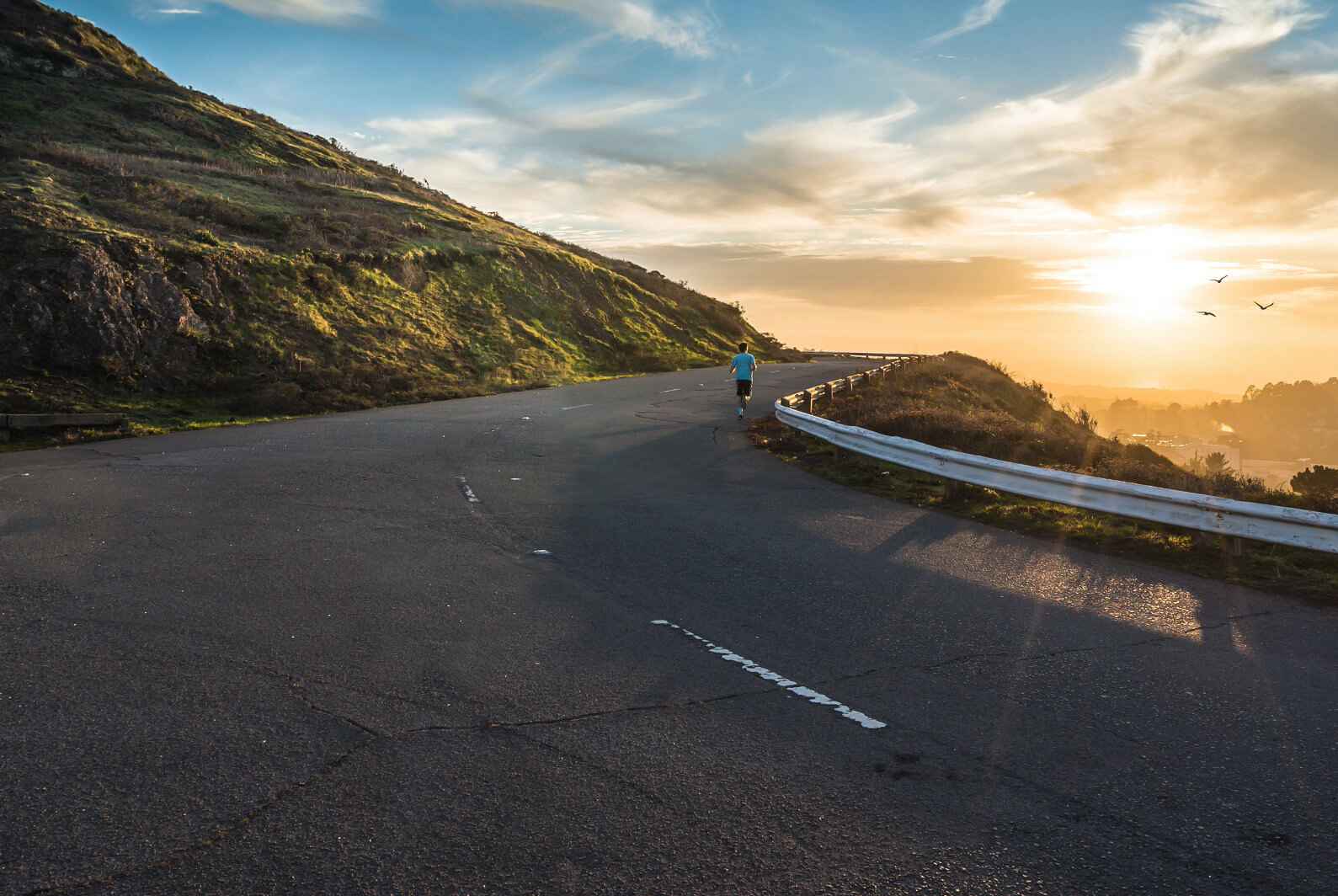 For the better, the system of healthcare needs to be changed. Pioneers from Sweden, Spain and Switzerland shared their perspectives on Total Health in a live event in August 2020, streamed to clients and partners of walkerproject.

Many people are worried about the future of healthcare because of rising costs, chronic diseases of an ageing population and a lack of integration and cooperation between key players, suggesting a system that just reacts to patients’ needs, varying interests, staffing and many other problems. There have been few successful attempts at finding solutions and approaches that look at the health system as a whole. From our point of view, Total Health incorporates all aspects of human health into one holistic system and almost entirely eliminates conflicts of interest between stakeholders. Kaiser Permanente (KP), an American care provider, is a pioneer in implementing Total Health. Six characteristics differentiate them from other organisations.

In short, Kaiser Permanente‘s mission is to provide high-quality health care services to a population and improve their health. They maintain a lifelong relationship with the members of their community by investing in well-being, health promotion and disease prevention. Similar health systems have also emerged in Europe. In order to get to know the system and its advantages, walkerproject invited speakers from organisations that proactively address Total Health.

Integrated Care: The case of Hälsostaden and Ramsay Santé

Inspired by his experience as an emergency physician in internal medicine, Carl-Johan Robertz explained the importance of coordinating and integrating different healthcare players to encourage teamwork.

A small hospital he worked for quickly understood the problem of misalignment between key healthcare players and addressed it by sitting down with municipalities and primary care providers (but without politicians). In 2013, the hospital started a pilot project named Hälsostaden, or ‘Health City’ in English. Municipalities, primary care providers and the public hospital undertook a joint venture to develop the concept of sensible care by defining strategic priorities, including a person-centred, proactive and integrated approach. They tried to segment patients into different levels of complexity (high complexity, chronic diseases, low risk and healthy).

Less than 10% of the population belongs to the high complexity segment, mostly suffering chronic diseases, consuming almost 80% of all healthcare costs. For this reason, Total Health providers decided to focus on this segment, brainstorming how they could better treat those patients to both improve the quality of care and reduce costs. By looking into patient cases and interviewing people, they discovered that primary care providers were sending patients to the hospital because they weren’t getting enough medical support on the spot. As a countermeasure, Hälsostaden set up a system through which emergency care providers go to the patient under the auspices of mobile interprofessional care teams (doctors and nurses). When Hälsostaden evaluated this idea using clearly defined key performance indicators (KPI), they discovered that they could prevent 98% of visits to the emergency department and 99% of hospitalisations. Previously, many patients were taken to hospitals unnecessarily. With mobile teams, care providers can provide much more value, reducing costs by providing the right care at the right time and in the right place.

Merging the cultures of different players, scaling up IT, developing a sustainable financial reimbursement model, professional jurisidiction and legal issues were the main challenges in the implementation of the mobile care teams. One of the most important findings of Hälsostaden’s project was the need to build relationships outside the organisation. Trust is key to the success of an integrated care model. To build trust, they took a Swedish approach: FIKA! FIKA is often translated as ‘a coffee and cake break’ and is a state of mind in Swedish culture. It means making time for friends and colleagues to share a cup of coffee (or tea) and a little something to eat. At Hälsostaden, meetings always started with a FIKA by having attendees speaking about their joint problems.

Currently, Carl-Johan is the medical innovation director at Ramsay Santé, one of Europe’s largest private healthcare providers. What’s Ramsay Santé looking for in the future? The goal is to move the organisation from being reactive (simply receiving patients in hospitals) to being more proactive and moving care from hospitals to communities by setting up a digital-physical healthcare experience. Good luck, Carl-Johan!

Here’s the presentation by and recording of Carl-Johan Robertz from Ramsay Santé.

Ribera Salud is a care provider in Spain that moved from simply running hospitals to running an accountable care organisation. In Spain, Ribera Salud includes six hospitals, 80 primary care centres, 6,500 professionals and a capitated population of around 750,000. During their transformation phase, Ribera Salud’s objective was the preservation of public value and the provision of care in a sustainable way. They achieved this by applying best practices, using technology and coordinating all levels of care and social services. In Spain, the healthcare system is a decentralised universal system that covers the entire population, is financed by taxes and inspired by the British NHS. Ribera was established in 1999 to solve challenges and overcome barriers in the healthcare system. They began implementing fully capitated payments with the government and thinking in a way that centred the population’s health management. A key message is: “For Ribera Salud, if the term “patient” is used, care has come too late.” The group focuses on playing a key role among citizens by promoting healthcare that’s more proactive than reactive. What are the key ideas behind the foundation of an accountable care organisation?

But what does the population health management approach really mean? In order to identify the risk and need levels of each patient, Ribera Salud evaluates the data of its population on a daily basis. Each patient is classified into one of 12 predefined levels of care (from healthy citizens to highly complex cases). The final goal is to provide each level with better information to implement more predictive, proactive and targeted care.

In 2003, Ribera Salud decided to integrate primary care in its offerings. This had a big influence on the rising number of patients visiting emergency departments in Spain. In the region of Valencia, emergency room visits continued to increase (and are still rising), whereas at Ribera Salud, the number declined sharply and then settled. With the integration, low acute care wasn’t provided in hospitals, allowing the group to decrease costs and provide the right care, at the right place, at the right time to the right person.

Here’s the presentation by and recording of Manuel Bosch from Ribera Salud.

How can we establish Total Health in Switzerland? Antoine Hubert, an innovative entrepreneur and founder of the Swiss Medical Network, is actively involved in the organisation of the development of an efficient Total Health system that puts its citizens at the centre.

Right now, the Swiss healthcare sector can be seen as an infernal triangle consisting of three main players: the insured (customers, patients), insurers (plus state as co-payer and regulator) and care providers. Each player acts independently and is driven by diverging interests. The patients want as many services as possible. The providers gain through more volume, while the insurers / state lose money. As a consequence, today, there’s no incentive to integrate and align interests and resources across all parties involved. The Swiss Medical Network is looking for an integrated Total Health system that provides comprehensive, life-long and proactive care. In order to achieve that goal, all the players and actors with diverging interests must be brought together into an aligned care network that everyone uses. How’s that possible? Basically, there’s just one way to really align interests, namely by bringing insurers and care providers together. KP, for example, already did this by integrating the players in a full capitation model. The health plan (insurers) enrols members and collects premiums. The organisation has a mutually exclusive contract with the Permanente Medical Group (physicians) to provide care to members. It contracts with the hospitals to provide in-patient, diagnostics and ambulatory consultant care. The health plan and the hospitals are non-profit entities, i.e., all money goes towards the mission of the aligned organisation. Moreover, the KP system, with around 12.3 million members, has 23,000 physicians and 39 hospitals. The ratio of member per hospital is therefore one hospital for every 315,348 members. The Swiss health system, with a population of 8.4 million, has 37,000 physicians and 177 hospitals, or one hospital for every 71,195 people.

Another very important success factor in integration is technology and digitalisation. Everybody should have an interest in sharing information between players to benefit patients and improve efficiency at both the operational and cost levels.

To create such a model in Switzerland, the Swiss Medical Network is also looking for trusted partners and shareholders who are ready to embark on this journey and shape the future of healthcare in Switzerland. ‘We don’t want to be the Kodak of 2030,’ concluded Antoine Hubert.

Here’s the presentation and recording of Antoine Hubert.

After the lockdown comes the countdown

Covid-19 vaccination in Zurich - an experience report The medical certificate, on which the "chronic…

From an outsider to a market leader in 10 years

10 years ago, the team of walkerproject decided to focus entirely on hospital consulting.  At…

Design Thinking is the world's leading approach to innovation. This sentence no longer surprises anyone.…

Categories
Change Impact Innovation Inspiration Lean New Construction Strategy
Copyright walkerproject 2022 - All Rights Reserved
Back To Top
This website uses cookies to improve your experience. We'll assume you're ok with this, but you can opt-out if you wish.Accept Read More
Privacy & Cookies Policy

This website uses cookies to improve your experience while you navigate through the website. Out of these, the cookies that are categorized as necessary are stored on your browser as they are essential for the working of basic functionalities of the website. We also use third-party cookies that help us analyze and understand how you use this website. These cookies will be stored in your browser only with your consent. You also have the option to opt-out of these cookies. But opting out of some of these cookies may affect your browsing experience.
Necessary Always Enabled
Necessary cookies are absolutely essential for the website to function properly. This category only includes cookies that ensures basic functionalities and security features of the website. These cookies do not store any personal information.
Non-necessary
Any cookies that may not be particularly necessary for the website to function and is used specifically to collect user personal data via analytics, ads, other embedded contents are termed as non-necessary cookies. It is mandatory to procure user consent prior to running these cookies on your website.
SAVE & ACCEPT